In the eighties, Alex Heuvelkering studied chemistry at the University of Leiden. He also completed various autonomous photo projects, none of which has been made public. The publication of the work of this autodidact may therefore be rightfully called a scoop.

Every minute not spent on his studies of physical chemistry, Heuvelkering dedicated to photography. Due to his thorough and studious attitude, the quality of his projects improved rapidly. In my opinion, the most successful of these is his final one: Rejected Models.

Located in the street behind Heuvelkering’s student residence was the then famous modeling agency Hutspot Model Management (Where the u in Hutspot was written in such a way that it could also be read as an o! Hutspot is a famous dish which is traditionally consumed on October 3rd in Leiden). Every day young girls, mostly students, signed up for a career in the modeling world. This office had a remarkable strategy. Women that were for some reason rejected had to leave the office through the back door, ending up in the street where Heuvelkering lived. He soon sensed this habit and got an idea for a new photo project, which, en passant, would be helpful in the career of the future models. He approached them, precisely at a time when they were not feeling too well due to the rejection, and cheered them up with jokes. In Sociëteit De Burcht, a famous cafe close to Heuvelkering’s home, they took coffee and cake together according to standard ritual. Of course they talked about the disappointment and Heuvelkering hinted at the fact that he also had an interest in fashion photography. Although this strategy seems a bit obvious, it appeared to have functioned well. A good percentage of the women he approached he actually ended up photographing.

In the basement of his student residence, Heuvelkering built a small photo studio where he took his pictures. Moreover, weather permitting, he also photographed his models in the Hortus Botanicus of Leiden. He made simple and honest photos. Lack of decoration, absence of staging and women always looking into the camera are characteristics of his work. It is not known to me whether he paid his models. I also do not know if the women shown on his photos pursued a carreer in the fashion world. The only thing that can be said with certainty is that Heuvelkering got a relationship with the last of his models and that she persuaded him to abandon this project. His photographs appear to have followed the path of many his models: they were rejected everywhere. 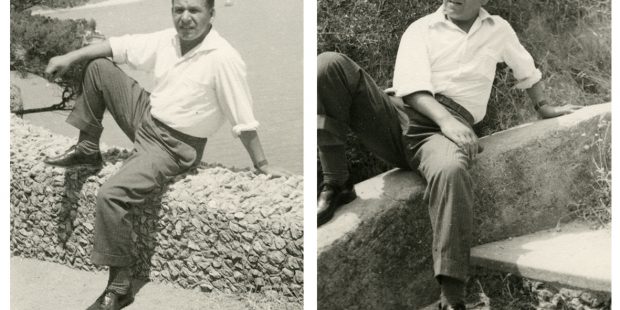