One of the most notable photographers of the seventies was the paranormal Johanna Vliegenthart. She combined her extraordinary gifts with inventive photographic methods. The pictures shown here, I found at the annual paranormal fair in The Hague.

The supernatural works of Johanna Vliegenthart

At a very young age, Johanna demonstrated supernatural abilities. As a five year old girl she saw in her sleep a fully flooded landscape, which she could later identify as Zealand during the great flood of 1953. She was able to draw the heat out of burning wounds and was soon consulted by many people in her hometown Warffum. When she got a sense of the mathematical grounds that control our lives, she developed her gift of prophecy. To this end she discovered a universally valid formula, which not only correctly calculated the date of many important historical events, but which also had predictive power. This formula is: 28x+23y, in which x and y are either positive or negative integers. Her date of birth can be deduced from this formula as 28×5 + 23×79. The constants 28 and 23 relate to the cycles that the life of women and men determine. It seems that the famous Dutch writer Harry Mulisch was so impressed by this work that he has tried for years to get a relationship with Johanna. But she had no interest in the advances of the writer.

Johanna Vliegenthart briefly studied mathematics at the University of Groningen, but found most of the lessons uninteresting. After this foray into the academic world, she turned her attention only to her psychic abilities. She combined her paranormal experiments with the probative value of photographic methods. First, she turned her attention to the problem of human levitation, a process that is governed by very few people. In the beginning she was able to levitate frogs and mice. Only after several years of intensive training, she refined her technique and could make people float. The most important levitation performance of her is the lifting of a fellow villager for 62 seconds 115 centimeters above the ground. This is a world record for which she has received no recognition whatsoever. Moreover, she was the first woman to levitate more than one person at a time.

A very special technique she invented she calls psychic skin-script. This method is still in development. At this point she is able to think letters and simple words on her own skin. It carries too far to explain exactly how the technique works, but the actions are as follows. She sits down in dim light with her back to the camera. In utter concentration, she thinks one letter after the other on her back. Some characters are harder than others; the e for example is one of the most difficult to execute. Nevertheless, she is already able to make words. Her goal is to think complete sentences in the space of a few seconds. At this moment, a session lasts about two hours, after which Johanna is completely exhausted. But she sees many opportunities to refine the technique and trusts that the method will be fully developed within a few years. Then she expects far-reaching implications of this work, with applications in areas ranging from communication for deaf people to intelligence activities.

Another ongoing project is aura photography. In the past, this form of photography has proven its value in various areas. But Johanna is convinced that aura photography is only in its infancy. According to her, it will provide a completely new world of images now barely conceivable. The basis of aura photography, according to its many practitioners, are electromagnetic waves. Johanna does not believe so. Electromagnetic waves, that every living being would radiate according to aura photographers, have never been scientifically established in this regard. She is wary of all the fakers that this branch of photography has produced. In her eyes, the basis of aura photography lies in the time that a negative is exposed. She believes that the aura grows into the picture with time. This idea is broadly consistent with that of Walter Benjamin, a philosopher who has thought and written much about the relationship between aura and photography. He too was convinced that the aura needs to grow into the picture, and that the aura has been lost with the introduction of better and faster cameras and films in the course of the 19th century. To capture the aura, Johanna has done many tests and found out that the optimal ‘aura-exposure-time’ is around one thousand seconds. There is a clear aura present in the picture, and matters that are normally not visible show themselves. This way, she made a series of portraits in which the person is reduced to her ‘auratic essence’. The fleeting, temporary, unimportant matters fall away in these portraits. It is interesting that also without a camera, Johanna perceives the outside world this way: she observes the essence of things through the unnecessary details.

The main research project of the Vliegenthart is the so called ‘emowavegraphy’, ewg. This should be seen as one of the most revolutionary discoveries of the last decade within photography. With this form of registration, invisible feelings of the persons can be captured. The ewg is related to thought photography (see for example the work of Ted Serios and Eddy Zuidhoek), but is much deeper and more mysterious. Vliegenthart processes a piece of negative film with juices from certain meats, saturated with extracts from grasses. She lets the film float in this liquid for several weeks in the dark and dries it just before use. This piece of film is put on the forehead of her subject and attached with tape in such a way that no light can pass. Then Johanna sits opposite to the person and starts a ‘psychic conversation’ with her. They speak without making a sound about the deepest and most personal feelings of the ‘sitter’. Through waves that are formed by strong feelings, which can best be seen as dematerialized brain cells, information is transferred. The film she has prepared is very sensitive to this type of emotion waves, and the resulting pattern on film is a 1:1 representation of certain moods of the subject. Reading a print of the resulting film is obviously not for everyone, but is restricted to persons who can ‘see’, persons that master the technique of a psychic conversation. The print is the result of an image of certain feelings that was formed in the mind of the experimental subject. Since this image was already observed during the paranormal conversation, it can be understood because during the conversation, its meaning was perfectly clear.

Apart from the meaning that the images of Johanna have, they are very beautiful. We have therefore asked her whether she has plans to exhibit these ‘pictures of the mind’. Their minimalist look would do well in the contemporary art world. But Johanna had no interest whatsoever in an art exhibition. That kind of misuse of her pictures obscures the idea behind them and the reason for their existence. Moreover, she sees herself not as an artist, but as a serious scientist who only seeks the truth and strives to capture it in all its forms. 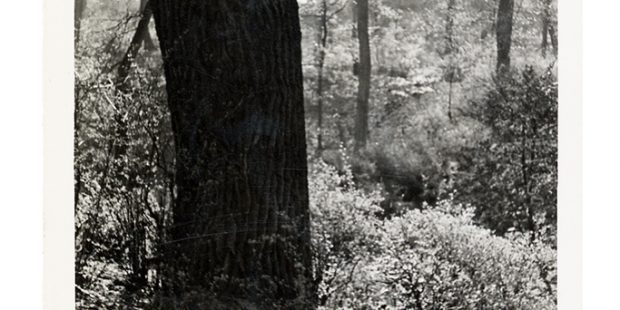