Socially critical female photographer who published, amongst others, in the feminist photo magazine Haarscherp.

Against the Power
For many, the work of the street photographer Sammy Hegontvlug is synonymous with criticism on capitalist consumerism. She had a keen eye for exploitation, corruption, unequal treatment of women and other abuses in our society during the sixties and seventies. This feeling of injustice was translated into photographic projects. She was very successful with her photography in leftist circles. Due to her ​​photographs, questions were asked in parliament about the exploitation of female factory workers in the east of the country. Despite the impact her work had she began to question the meaning of it. The problems regarding the interpretation of her photographs began to bother her to such a level that she decided to give up her photographic career. The photos shown here are the last ones she ever published, in the magazine Haarscherp. Thereafter she studied law and volunteered for years to come in a legal advice center in Amsterdam. 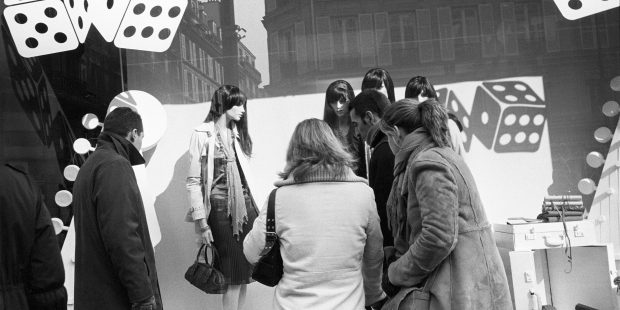